Tahiti and her Islands - Segeln in den Societies 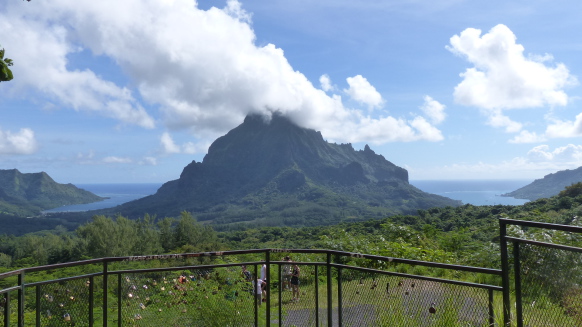 Enjoy some of the pictures we took in the Societies.

Impressions from the Societies

Tahiti and her Islands - Segeln in den Societies

The Society islands are located in the Pacific Ocean between South Amerika and New Zealand. The name stems from Captain James Cook who was one the first westerner to discover the island. He found that they were lying contigous to one another and hence, named them "Society Islands".
The islands are cathegorized into the windward island (du vent) and the leeward islands (sous-le-vent), meaning nothing more than those to the West, where the trade wind is blowing from, and those to the East.

Tahiti, Tetiaroa and Moorea are the best know windward islands.

Huahine, Raiatea, Tahaa and Bora Bora are the most famous leeward islands.

If someone mentions Tahiti, you probably think about tropical islands with white sands, beautiful women in palm-leaf skirts dancing on the beach at sunset.

Well, you can find all this in Tahiti though reality today may look a bit different to those cliches of tropical paradise. Yet, we have found paradise in the society islands and the Tuamotus.

The islands of Tahiti (the society islands, the tuamotus, the marquesas and the austral islands) are truely beautiful. The waters are clear, rhich in wild life and  and the water invites you to swim, snorkel and dive all day.

You will find many very nice beaches, though not all are white and not all of them have the powder-like sand you might know from the caribean. Some islands in the Tuamotu may only have "coral pebble" or coral granule instead of sand.

Tahiti, the island itself, is the most modern island of all. Papeete, the capital, located on the north western side, is busy, loud, and stuck in traffic jam every morning and evening when the commuters block the roads in thousands. Thitians are a cosmopolitan blend of Polynesian heritage, Asian heritage, and French hedonism. Polynesians are proud, often reserved at first, like to laugh, play music, and dance and often have a short temper. Once they get to like you, they can become very hearty and they are fun to be with.
Thitians study French and Tahitian language at school and usually speak both languages fluently. English is also studied at school as the third or forth language (many speak more than one dialect) but despite tourism, many Tahitians only speak broken English if at all. Most French, however, who life in Tahiti speak very good English - something that surprised us since we never me so many French who speak English so effortlessly and without hesitation. 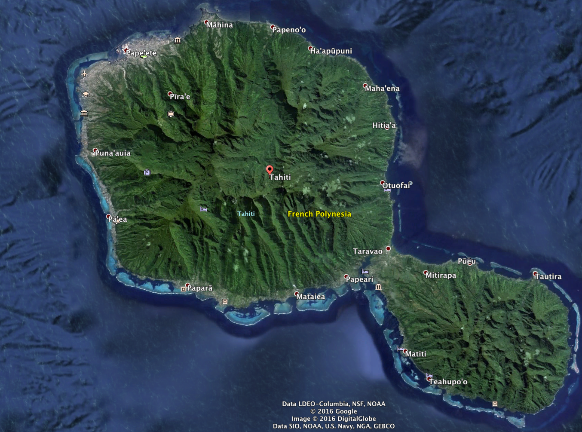 The Island of Tahiti

Addresses in and around Tahiti

Flights to Tahiti via:
Lufthansa